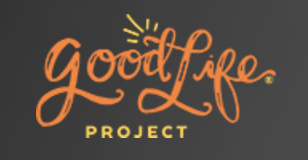 Guest: For almost three decades Caroline Adams Miller, MAPP has been a leading voice in applying the science of goal-setting, grit, happiness and success.

In 2015, she was named “one of the ten Positive Psychology coaches to follow.” Her latest book is, Getting Grit: The Evidence-Based Approach to Cultivating Passion, Perseverance, and Purpose.

Story: A fiercely-competitive athlete and academic even in her youth, Miller was exposed to Bulimia at the age of 14 and turned to it as an outlet and control mechanism. Outwardly successful by every external measure, she eventually attended Harvard, got married and started a family, all the while keeping her disorder secret. Until one day, gripped by the need to control her disorder anymore, she began to reveal her secret life and seek help.

Fortunately, she heard the right words at the right time during a support group meeting, which helped turn her life into one of purpose. Caroline drew upon this life-changing experience to write a book about bulimia that exposed the disorder in a way that is still saving lives. That also started her down the road to understanding the human condition, studying positive psychology, writing a series of books and eventually focusing in on goal-setting and grit.

Big idea: Grit is only good when it’s used for the right reasons, in the right context, and awes and inspires other people to play bigger and be better.

You’d never guess: Why Caroline’s great-great-grandfather was in Abraham Lincoln’s Honorary Guard and why Lincoln and other presidents frequented his store in Washington D.C.

Current passion project: Educating thousands of people around the world on the science of goal-setting, grit and their intersection with Positive Psychology.