Barbara Fredrickson, PhD is one of the most brilliant minds in psychology, and won the Templeton Prize in 2000 for her work, including special recognition for her ‘Broaden and Build’ theory of positive emotions. Dr. Fredrickson’s work has been funded for the last nine years by the National Institute of Mental Health, and she currently runs the Positive Emotion and Psychophysiology Lab at the University of North Carolina, Chapel Hill.

Broaden and Build theory was presented to my class during Immersion Week in 2005 by Dr. Fredrickson when I was getting my Masters in Applied Positive Psychology at the University of Pennsylvania, and it spun my head around in terms of how I could use it personally and professionally. In this interview, I ask Dr. Fredrickson to explain Broaden and Build and its implications, what the Positivity Ratio is, and how to increase ‘positive’ emotions in your own life. 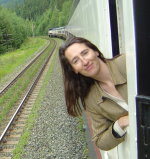 Sonja Lyubomirsky, PhD is a professor in social psychology and Positive Psychology at the University of California, Riverside. Sonja won the Templeton Prize in 2002, is an associate editor of the Journal of Positive Psychology, and is the co-recipient of a five-year, $1 million grant from the National Institute of Mental Health to investigate ways of permanently increasing well-being levels in people. In January 2008, she will have a book published by Penguin on how to change happiness levels.

In this interview, Sonja and I discuss her research on Positive Interventions such as “Best Possible Self” and random acts of kindness, as well as her work on rumination and dysphoria, and how to change your life in lasting ways for greater happiness. Sonja’s enthusiasm for her work and her forthcoming book are infectious, and you’ll learn a lot about why this field is drawing brilliant minds like hers for such groundbreaking scientific work. 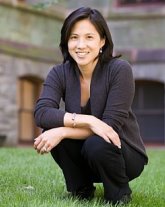 This is “must” listening for anyone who wants to know why talent isn’t enough in life, and why cultivating grit can mean the difference between success and failure.

To email Angela or visit her webpage, here are the links:
duckwort@psych.upenn.edu (email)
http://www.sas.upenn.edu/~duckwort/

Angela L. Duckworth, Ph.D is working closely with Marty Seligman, PhD at the University of Pennsylvania to study the quality of “grit” and how it relates to well-being and goal accomplishment in life. The grit research has included studying cadets at West Point and finalists in the National Spelling Bee to see how this quality of persistence in the attainment of long-term goals relates to achievement. The newly-developed Grit Scale has been found to be a predictor of who drops out of West Point during the initial brutal summer initiation, as well as who finals in the National Spelling Bee, among other interesting findings, which will be published in a major psychology journal in 2007. To take the Grit Scale and get your own score, visit: www.authentichappiness.org and register for a free account. “Psychology Today” also did a cover story in 2006 about the grit research, and it gives an excellent overview of who has grit, how Angela came to study it, and what the implications of this research are. 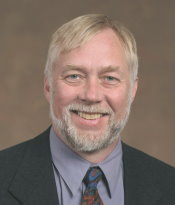 Dr. Roy Baumeister is the Francis Eppes Eminent Scholar and Professor of Psychology at Florida State University. Dr. Baumeister has written a number of books, including most recently, “The Cultural Animal,” as well as hundreds of other research articles on topics ranging from self-regulation, to self-esteem, to irrational behavior. In this podcast interview, Dr. Baumeister discusses the importance of self-regulation in goal accomplishment, the role alcohol plays in self-regulation, and how one can improve one’s self-regulation through volitional exercises, such as working on one’s posture.

To learn more about Dr. Baumeister and his prolific work and interests, please visit http://baumeister.socialpsychology.org/ 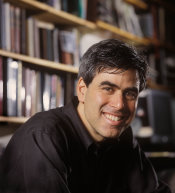 Jonathan Haidt, PhD, is the author of the newly-released, “The Happiness Hypothesis,” which has received raves all over the world from people saying it is ‘must’ reading to understand the new science behind Positive Psychology. Jon is currently working at Princeton University on a sabbatical from the University of Virginia, where he received the “Outstanding Faculty Award” in 2004 as one of ten outstanding professors in that state. He was also the recipient of the 2001 Templeton Prize in Positive Psychology, the field’s highest honor.

In our interview, Jon talks about why Positive Psychology matters and has staying power, how fatherhood has created more joy for him, why the craze around “The Secret” is offensive to him, and how we can all create more awe, happiness and elevation in our own lives. We also touch upon the research on happy families and his well-known Character Improvement Project that his students undertake at UVA as a final exam. This was a delightful, thoughtful and fun interview in just twenty minutes!

To learn more about “The Happiness Hypothesis” and Jon’s work, please visit www.happinesshypothesis.com.