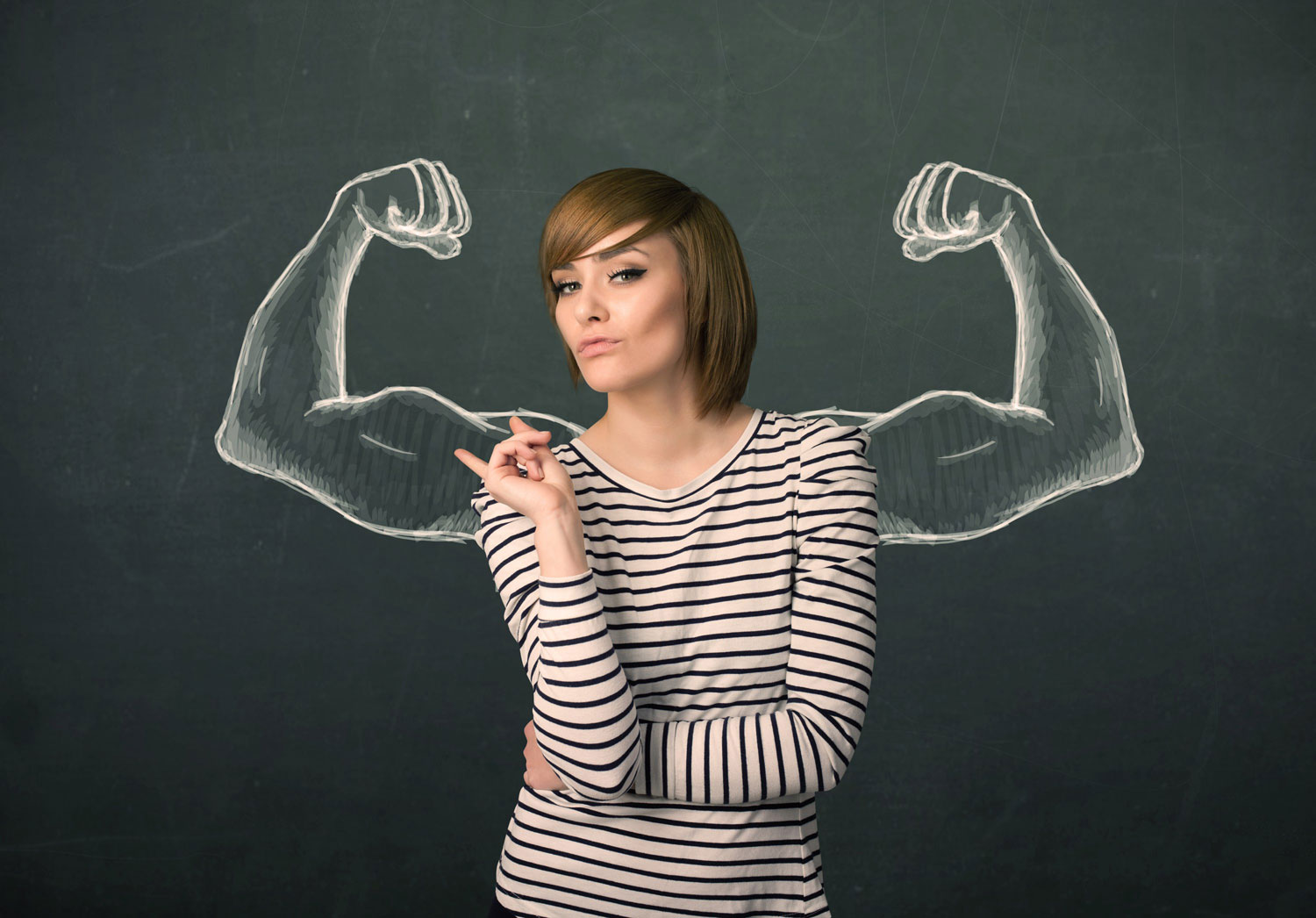 When Ashley Eckstein, an actress and entrepreneur, started performing professionally in fifth grade, the other girls in her class taunted her relentlessly. Now 37, Eckstein recently brought her 13-year-old niece to a girls leadership summit to show her a different dynamic: hundreds of girls celebrating one another’s accomplishments in fields including writing and social activism.

“The cheers, hugs and high-fives literally gave me goose bumps,” she said. “Something very right was happening in that room full of confident girls all doing their own thing.”

The girls may not have realized it, but they were pushing back against a powerful tendency for girls and women to view one another as threats rather than allies or part of a support system.

“Scarcity theory might lead young girls to believe that there are limits around how many good things can happen to any one person, which could also lead them to believe that their own success will be limited,” said Caroline Adams Miller, a positive psychology expert and the author of “Getting Grit.”

When Miller speaks to groups of female professionals, she often asks: Does anyone feel like one of the biggest challenges isn’t just how men have treated other women, but also women shooting one another from inside the tent?

“It’s not half the room raising their hands – it’s 100 percent of the women,” she said.

“Unfortunately, it’s been communicated to us over the years that there are fewer spots for women – a limited inventory,” added Donna Orender, the author of “Wowsdom! The Girls Guide to the Positive and the Possible.”

Girls who perceive that it’s a zero-sum game are less likely to support one another, but experts say that if girls band together, they can expand their options. Here are seven ways parents can raise empowered girls who support and encourage one another.

Urge them to use social media for good. Expectations and options for girls are rapidly expanding, but the PerryUndem survey found that girls still believe society most values their physical appearance. Girls also reported feeling tremendous pressure to avoid bragging or seeming overly confident.

Miller started an initiative, “#Share222,” to change that, by encouraging women to share each other’s substantive achievements on at least two social media outlets. This is something teen girls can do, too, replacing selfies and party pictures with shout-outs for friends who have reached personal goals. This kicks off a positive cycle. Girls want to reciprocate kind gestures, and they learn that true friendship and tenacity matter more than popularity or appearance.

Help them use expansive body language. When girls feel strong, they see each other as allies rather than predators, said Amy Cuddy, a social psychologist and the author of “Presence.” Even simple changes in posture can build their sense of empowerment. Cuddy notes that when girls are young, they stand with their feet apart and their chests out, but by the time they hit middle school, they start to display shrinking behavior.

Cuddy recommends that parents tell their daughters that they deserve to take up space, and that poor posture will affect their mood and sense of self-efficacy. Ask, “How do you feel when you’re sitting like that?”

“Feeling powerful activates what we call the behavioral approach system and makes us more optimistic, generally happier, and more confident and willing to take risks,” she said. On the flip side, “Powerlessness can be really dangerous and make it hard to know who to trust.”

Parents also can show girls images such as the Fearless Girl sculpture, which depicts a girl facing down the Wall Street Bull. “I get pictures from parents of girls all the time who want to be photographed with their chins up and chests out just like the fearless girl,” Cuddy said. “When I went to see it, there were probably 60 girls there. That’s what they want to see, and what we need to be showing them.”

Normalize giving and seeking help. Teach your daughter the importance of identifying sources of support. Orender regularly organizes formal mentor walks to pair tween and teen girls with women working in their field of interest.

One time, Orender paired all the girls with women who were 65 and older. After the walk, the older women read letters to their younger selves, and the girls read letters to their older selves. “It was such a powerful way to show the girls that they’re not alone, and that intergenerational connection is a two-way street,” she said. At the end of every walk, Orender urges the girls to continue reaching out to their mentors for help and advice, stressing that girls can continue to build one another up throughout their lives.

Emphasize mastery instead of performance. Instead of focusing on whether your daughter ran more laps than everyone else, ask her to articulate a specific goal. The question can then be, “Did you run more laps today than yesterday?”

The organization Girls on the Run helps girls focus on doing their best rather than beating someone else, said Allie Riley, the organization’s senior vice president of programming and evaluation.

“You can be competitive without thriving on doing better than someone else,” she added. “Otherwise, it’s, ‘I can do well or you can do well, but we both can’t do well.’ ” At 5Ks, the members of the team pace themselves to run in with a girl who is struggling, or two girls will try to cross the finish line together. Girls can transfer these lessons about empathy and mutual support to other areas of their lives.

Identify fierce but kind female characters. Girls often struggle with healthy aggression, but competition helps people accomplish goals they otherwise wouldn’t complete. Being competitive and supporting others aren’t mutually exclusive ideas. “We’ve been so militant about getting girls to be nice, they don’t even know there’s such a thing as healthy competition,” says psychologist Lisa Damour, the author of “Untangled.”

When Marina Passalaris, the founder of Beautiful Minds in Australia, conducts confidence-building workshops for girls, she emphasizes that you can be a good person with goals without harming anyone. “Socially, we have this weird idea that a nice girl is quiet and submissive and doesn’t chase her dreams,” she said. You can bring fierceness to competitive situations, then return to being a good sport and friend. Damour points to Mulan as a good example. Eckstein, the voice of Ahsoka Tano in animated Star Wars shows, refers to Hera and Sabine, powerful female characters in that universe.

“They’re part of a crew who work together to overcome the empire,” Eckstein said. “They’re girls working together, overcoming, doing great things.”

Urge them to be loyal. Girls can commit to having one another’s backs even if they drift apart or develop different interests. As Cuddy pointed out, “We make romantic commitments, so why not make friendship commitments?”

That said, parents should help their daughters choose friends with care. “Focus on the people in your corner, and only bring new people into your life who cheer you on,” says psychologist Lea Waters, author of “The Strength Switch.” “It’s OK to befriend someone who’s willing to fight it out with you in the arena, but avoid the ones in the stands throwing things at you.”

Encourage them to join a team. When girls play sports, they learn to set their egos aside and invest in one another’s success. Sports also may buffer them against that deflating posture. “When you’re on a team and social status is based on your strength, power and ability to do well for the team, that becomes what’s valued,” Cuddy said.

Girls who aren’t interested in sports can join another group with a shared vision. Consultant Jon Gordon, author of “The Power of a Positive Team,” recommends activities such as drama club or marching band.

“In theater, you have to make it about what’s best for the performance, and in a marching band, you have to trust that the person next to you won’t hit or step on you,” he said. “It’s all about being better for each other – no one achieves greatness in isolation.”