Last week I had an “aha!” moment when a close friend called with a sheepish question: “Am I undercharging for speaking?” I know her credentials well and I immediately answered that she WAS undercharging and that she could more than double her fee and easily get booked in a number of places at the higher fee.

She sighed with relief and admitted that she’d been embarrassed to ask me or any other woman for guidance, and almost hadn’t called me at all. “I didn’t want anyone to know that I haven’t figured this out, and that I’m probably undercharging for what I’m worth,” she said. “Plus, I have female friends who don’t have the confidence to charge much when they speak, so if I said I wanted more than I’m already getting, some might think I’m greedy and should be content with my standard fee.”

This conversation came hard on the heels of a superstar academic asking me to band together with others to promote her for an important award, which I immediately agreed to do. “There aren’t many women I can ask to help me promote myself for things like this,” she noted, “because I have found that if I do, I’m criticized for being too forward, or they are passive-aggressive about helping at all. But I see men doing this for each other all the time, and if we women don’t adopt that approach, we’ll never get the seats at the table that result in meaningful power.” 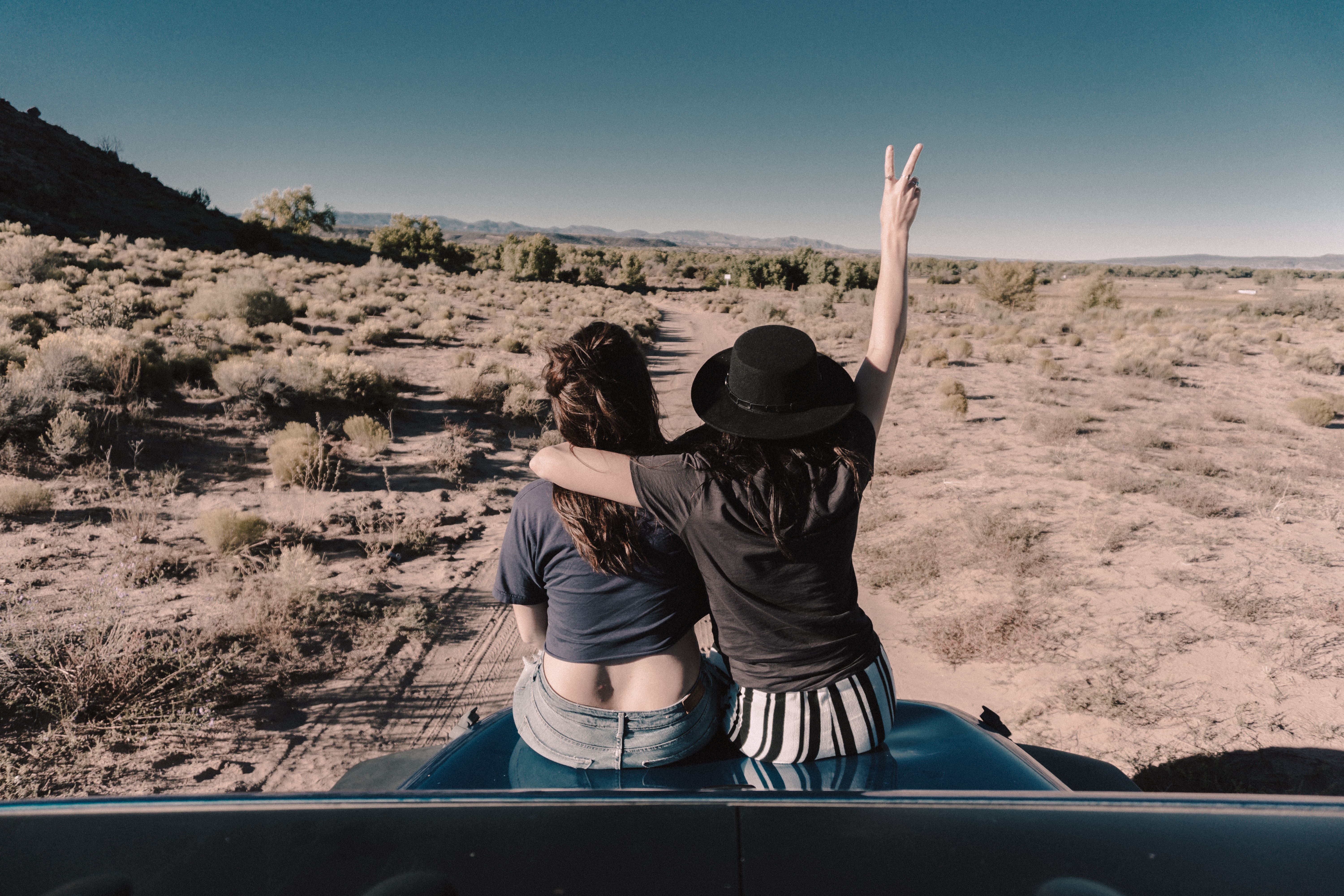 My trifecta of awarenesses came when I finally absorbed the fact that any social media post of mine from a vacation spot or about my children always earned the support and “likes” from my female friends, but that the moment I had the audacity to say that my latest book had been mentioned in a national publication, or that I had achieved a tough physical goal, those same females disappeared. Not all, of course, but a noticeable decline that has been apparent for many years, but that I was afraid to really look at or even talk about.

Like most of my female peers, I’ve been thinking a lot about issues of women and empowerment since the 2016 presidential election because it opened the kimono on just how far women need to go to earn wage parity, essential reproductive rights, and company promotions, among many other troubling gender-based issues. But it has also been on my mind because of an invitation from the Harvard-Yale women’s salon series in Washington, DC last fall, which invited female graduates to attend an afternoon discussion about the problems of women undermining other women. Although I have written about this previously, it’s worth sharing the story again because of the frenzy it generated and the buzz that continues. In fact, the afternoon event was so oversubscribed that tickets ran out immediately, while the online waiting list noisily clamored for satellite feeds and companion events to put the uncomfortable topic on the table.

I was fortunate enough to get a ticket to the main event, which was easily as eye-opening – but in a different way – as any of the scandals that have come to light this year, from Harvey Weinstein’s behavior in Hollywood to Larry Nassar’s treatment of hundreds of young female athletes. Throughout the afternoon, I listened to dozens of women share story after story of other women hurting their careers and darkening their personal lives in a number of environments, from sports teams to boardrooms. Everyone had stories, but no one had solutions.

The problems we face in the 21st century as females obviously aren’t just about some men’s mistreatment of women, which is unquestionable; it’s also about how women passively and obviously derail and hurt other women – something I, too, have experienced for decades on sports teams, in schools, and in my current work. I spoke with a beautiful, polished, intelligent Olympian who competed in both the 2008 and 2012 Olympics, who is married to a well-known male athlete, about this last week as we both puzzled over what to do.

Her observation was astute: “I think women get upset if they see someone getting a piece of the pie because they think it means there won’t be enough pie for them. Men don’t mind seeing another man get a piece of pie, as long as they know they can get some pie, too.”

I was walking my dog with a retired pharmacist friend discussing this dynamic when she shared that her niece, an attractive pharmaceutical rep, had just gone through a rough presentation where it was the women in the room who’d been rude and dismissive, not the men. We both agreed that the problem with calling out this dynamic openly, however, is that the word “jealousy” is often evoked as the explanation for all women’s cattiness, which makes for an uncomfortable conversation.

If, for example, I tell someone that I was derailed in a presentation to a room of senior executives by two adult women who acted like “mean girls,” and I offer that I think it was about professional jealousy, I run the risk of looking like I think I’m superior to those women, whether I think so or not, and whether it is true or not. So the silence around this topic continues as the toxic female aggression moves forward unchecked and we focus on what men do – and don’t do – to and for women. One possible answer to this problem occurred to me while taking a long walk, though, pondering the many conversations and observations that have been troubling me lately, trying to figure out how to be a problem-solver, not a problem-sharer.

Then it came to me: instead of starting another movement to evoke passion and spark energy for change – like the women’s marches – what if we learned to do something immediate and specific that would combat women’s mixed feelings about other women’s accomplishments and that would do instant good, not harm? What if it was something that is easy to understand and can become a habitual response to hearing or seeing someone else’s success in the moment? This is what I did to overcome my bulimia over 30 years ago – if I saw a “triggering” food, I paired it with the immediate slogan that got me out of trouble, “First Things First,” “Easy Does It,” or “The First Bite is the Best,” came up over and over and saved me from self-destructive behavior in countless situations.

So how about this? What if we use an “implementation intention” – also called “if-then” actions in the popular media – that research shows will triple our chances of accomplishing a hard goal – in this case sharing two other women’s successes to two social media channels every week? For example, if a friendly competitor gets booked at a big conference, why not celebrate HER success instead of ruminating about why YOU didn’t get picked? And if a colleague will appear on a national talk show, instead of saying nothing because you think she’s had too much publicity and doesn’t need your support, make sure your network hears about it immediately by using her twitter handle and some well-chosen hashtags to openly congratulate her and alert others to watch. In short, when challenged to be generous with your approbation and it’s not coming easily, make sure your default setting is to give, not withhold.

I floated this idea on my personal Facebook page on Saturday and got hundreds of buy-ins from women immediately, so here’s what I’m proposing:

So in its simplest terms, we will create an automatic response to hearing something that might cause a twinge of envy or fear of not knowing how to accomplish a similar goal, with a sharing of that person’s success to two social media channels so that the person’s accomplishments find a wider, appreciative audience. We will do this even if we don’t want to. We will do it even if we aren’t sure it will help us in any way. We will do this because it is the right thing to do if we are to be the right kinds of “givers” that Adam Grant describes in his best-seller, Give and Take.

The reasons why I think this will work, along with important caveats, are numerous:

And here are the caveats:

Not every woman wants you to succeed, so we have to accept that women are not a universal bloc with the same motivations and desires. As a result, it’s critical to be aware of which women are your “frenemies.”

The main question I’ve received since floating #share222 is about where we can hear about other women’s successes in light of the fact that so many of us are shamed or met with silence when saying anything we’re proud of, or that we know can help others with issues they are trying to solve. I’m open to other people’s ideas, but for now we can ask friends to let us know when they are celebrating a major achievement, look on LinkedIn for announcements of anniversaries and promotions, and keep our eyes open on social media for pictures of success. We need to be persistent and resourceful, as well as in dialogue with people who want this dynamic to change.

Today I am calling upon every man and woman who cares about living with courage and kindness to take their passion for positive change and channel it in a direction that will help to solve many of the vexing issues prevent women from being properly thanked and honored. So take the burden of sharing someone else’s success off their shoulders and bask for a moment in the warmth of knowing that if SHE did it, you can, too. And make sure you #share222.