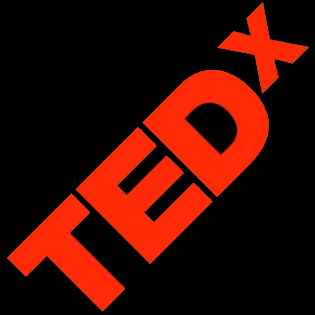 In four weeks I will give my first TEDx talk, which will be about grit, a topic I have been fascinated by ever since I learned about it when I returned to school to get a Master’s degree in Applied Positive Psychology (MAPP) at the University of Pennsylvania in 2006.

Grit is defined as “passion and perseverance in pursuit of long-term goals” by Angela Duckworth, one of the recipients of the 2013 MacArthur Genius grants.  Her work with Martin Seligman at Penn on researching what constitutes grit and what it can predict has gotten so much press that it has captured the public’s imagination.  Few inspirational sports stories fail to cite grit as an essential ingredient of success, and just about every rags-to-riches account sprinkles mentions of grit liberally throughout.

I’ve worked with hundreds of people, and encountered far more, in my life who meet the definition of grit.  I’ve seen them refuse to accept defeat as entrepreneurs, persevere in overcoming health challenges, persist in making a difference in their sphere of life, and generally just find ways to stay alive and in the game when it would be easier to quit.

Although it’s unclear whether grit can be learned by everyone, I have noticed that there is an outlook common to every gritty person I know and that I believe anyone can adopt: they ask “Why not?” instead of “Why?”  when they are faced with challenges.  Instead of saying, “That’s too hard,” “I don’t want to try,” or “Why me?” they choose to see challenges as invitations to try something new.  They may not have a playbook telling them what to do, how to do it, or how the challenge will turn out, but they universally choose to bet on themselves rather than risk having regrets about not even trying.

Two weeks ago I competed in the Masters Nationals Swim Championships at the University of Maryland.  During one of the days of competition the crowd of competitors, spectators and officials stood and roared, whistling and clapping, as 98-year-old Anne Dunivin of Georgia Masters took to the pool to compete in her three events – all of which she won.  As we all applauded this plucky woman getting into the water before the start of her race, and throughout the entire period she was swimming, someone nudged me and said, “I heard she learned how to swim at 91.”

Anne Dunivin has grit.  In spite of lots of easy excuses – too old, too hard, I don’t know how, people will laugh, and son on – she asked herself “Why not?” and went for gold when she contemplated taking up this new hobby in her tenth decade of life.  And because she did so, she brought a cavernous auditorium to its feet several weeks ago, all of whom left awed and inspired because she chose the challenge, and not the easy way.

Ask yourself “Why not?” at least once every day when you are faced with something that scares you, but that you would always choose if failure weren’t an option.  In doing so, you won’t just potentially alter the trajectory of your life, you will undoubtedly change someone’s else’s view of what they can do, too.

If you would like to participate in Caroline’s Authentic Grit challenge, click here to go to her website, where you will be guided in how to take the Grit Scale and participate in the three-month opportunity to adopt some new, resilient behaviors.

Getting Grit: A Book Review by Craig Lemasters