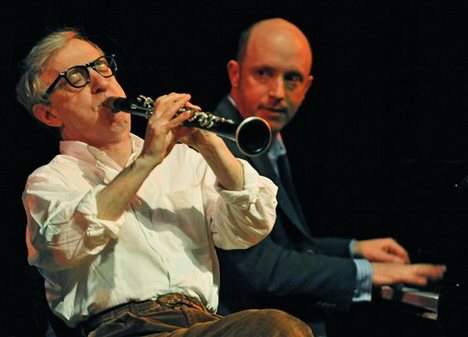 Every few months I’m asked for my opinion about a TED talk by Derek Sivers that advises people NOT to tell other people about your goals.  The thinking in the talk is that if you tell other people, you begin to feel like it’s been accomplished, which leads you to slack off.  One cited study showed that people who divulged their goals with a room of strangers quit working on their goals in the short time period afterward, saying that they were closer to success than they actually were.

I completely disagree with this line of thinking for several reasons.  In all of the research I looked into while writing “Creating Your Best Life,” none of it pointed toward staying quiet, except in one situation – and that’s when you tell the WRONG people, whose reactions might derail you and cause you to abandon your dreams.  Who’s to say that divulging your goals to strangers doesn’t also feel like telling the “wrong” people?

We all have “Debbie Downers” in our lives, but they take different forms.  They can be friends who are “frenemies,” family members who don’t want you to redefine who you are for their own selfish reasons, and pessimists who don’t believe that good things are anything but random, therefore success and proactively making progress would mean that they couldn’t sit idly by and say they couldn’t do it, too.  The research on why you must be careful is called “goal shielding” and it means what it says: shield your goals from people who will uproot it with one strong blast of negativity, jealousy and anger.

You never know who has the right connections to help you take the next step, who might want to be part of your fledgling dream, or even who might have the creative brainstorm that solves your biggest dilemma, so don’t be afraid to share your goals with others, but be sure to share with people who exhibit enthusiasm and curiosity when you talk about what you’re working on.

To emphasize my point, I’ll just share one recent story I read about a man who nurtured a dream for decades, and whose sharing of that vision with a reporter led to the accomplishment of the dream.

Simon Gronowski is an 82-year-old Belgian lawyer and jazz pianist, who escaped at the age of five from the certainty of the Auschwitz death camp by jumping off a train that was headed for the concentration camp.  Although most of his family perished, he reconnected with his father and used music as a way to find happiness throughout his life.

Fast forward to a conversation Gronowski had with a reporter who wrote about Gronowski’s long-held desire to play jazz piano with Woody Allen and his band.  Two pivotal people happened to read that article and decided to make the Gronowski’s dream come true.  One gentleman paid for his trip from Belgium to New York City, and the other one, a friend of Allen’s, arranged for Gronowski to be asked to join Allen during a performance at the Carlyle Hotel.

Once the Belgian was invited up to the stage, the set went better than expected, with Allen appearing to be impressed with the elderly man’s talent, letting him riff with some solos, and even applauding him after one song.  At the conclusion, Gronowski left the stage, overwhelmed and gratified that he’d enjoyed such good fortune, all a result of talking to a reporter, and offhandedly mentioning one of his top bucket list items.

So I ask you again … what’s the reason for not sharing your goals with others?

To learn more about some of the “secrets” about how to accomplish your own goals, sign up for my free webinar on Friday, May 2nd at 12 pm ET.  My next goal-setting course, “Your Happiest Life,” begins Monday, May 5th, and the Early Bird rate of $250 ends on April 15th.

Previous PostHow to Reboot a Bad Day in 10 Minutes or LessNext PostTry a Side Gig (or eight!)
bucket listgoalssuccessWoody Allen