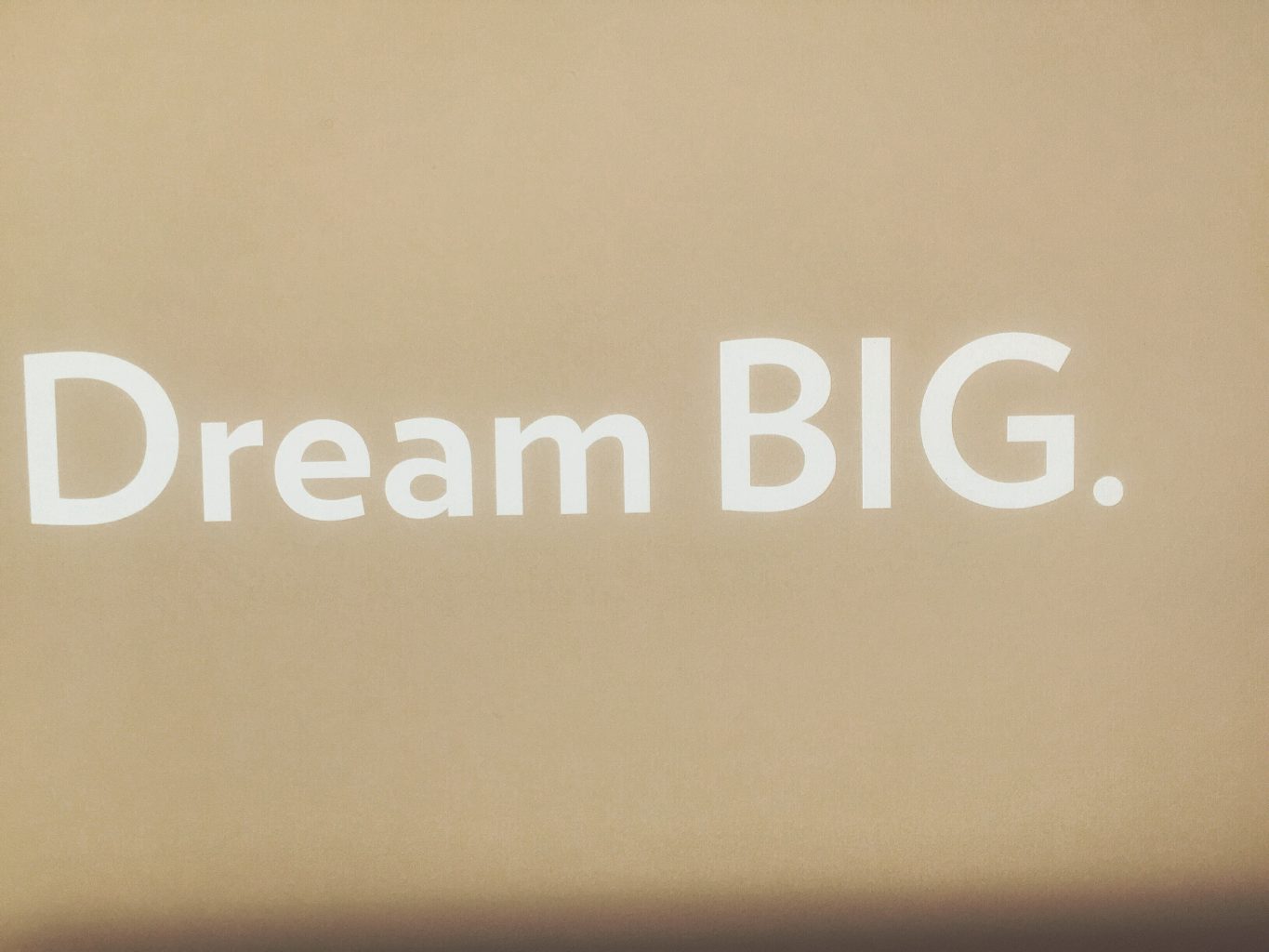 It’s hard to believe that just over one year ago, I was sitting in the restaurant of the EVEN Hotel in Rockville, MD when two male front desk clerks approached me with smiles and a basket of chocolates.  “It’s Easter, you have been here all weekend, and you’re all alone, so we wanted to give you something to celebrate the holiday.”

That small gesture last year on a cold, windy March 27 began one of the craziest, most intense and most serendipitous years of my entire life.  I didn’t know it at the time, but my luck was about to change around my quest to get a book about grit out into the world, and these endless weekends in cheap Priceline and Hotwire hotels to buy myself the silence necessary to think and write were about to pay off.

Here is part one of the Easter story I want to share over the next few weeks because I feel like I was the recipient of a miracle made possible by the generosity of many whose support for my next book, “Getting Grit,” has helped me win the equivalent of the Lottery.

Instead of simply wishing I’d had the courage to pursue my dreams, I’m about to reap the benefits of grit, hard work and a stubborn belief in the power of my own ideas to change others’ lives for the better.  I’m going to use the next few posts to pay tribute to the many kindnesses I received from friends, colleagues, family and strangers as I went through countless discouraging rejections over more than a year of shopping my next book, and to remind people to never give up on some of the big dreams we all have for ourselves because you never know when your own big break will come.

I’ve been a published writer for as long as I can remember.  My stories were published in elementary school newsletters, high school and college newspapers, and well-known organizations where I interned during the summer, like The Wall Street Journal and The New York Times.  In fact, I had to choose between taking a job writing for the Houston bureau of The Wall Street Journal after graduating from college, and marrying my husband in 1983; that’s the last time I remember something else winning out over my love for writing.

Since then, I’ve had a number of best-selling books published by major publishers that have garnered honors like the Alternate Selection of The Literary Guild and being translated into diverse languages ranging from Korean to German.  I’ve sold hundreds of thousands of books over three decades, and I have earned a reputation with major publishers for turning in books on time that require little editing, regardless of the difficult deadlines imposed on me.

That’s why I was so surprised when my agent started getting nothing but rejections as he shopped my book proposal, outline and sample chapters about grit to publishing houses all over the U.S. in 2015.  Everyone liked the topic, but no one wanted my book.  Their reason?  With Angela Duckworth’s blockbuster “Grit” – which had a record-setting advance – coming out in May 2016, no one believed that the public would reach into their wallets for anyone else’s books about grit.

“If I didn’t like you so much, I might be upset,” I wrote to Angela Duckworth one day, forwarding her my latest rejection.

I knew Angela Duckworth from my year in the Penn Master’s of Applied Positive Psychology Program (MAPP) from 2005 to 2006.  While there, I’d learned about her fledgling grit research, and had included it in my book, “Creating Your Best Life” (Sterling 2009).  She was so delighted with my treatment that she’d approached me at a wedding and said, “I’m never going to write a full-fledged book about grit!  You are such a good writer that you should go and do it!”  Several years later she sheepishly admitted – when I was checking on some facts for my book proposal – that she’d been talked into writing a book.

By October 2015, I’d had enough of the bad news and dismissive emails from publishers.  I was tired of waiting for someone to bet on me when I felt in my bones that what I had to say was valuable, yet different, from what I thought Angela would be covering in her book (which I took great pains to avoid hearing about so that I wouldn’t inadvertently pick up one of her ideas).  Angela never discouraged me from writing my own book throughout this period; her feeling was that a researcher could never write with authority about helping other people to become grittier, but that I, with decades of working with other people to achieve hard goals, could do so and that the world would benefit from my perspective.

I made a big, risky decision with significant financial downsides.  I decided to gamble on myself and close my coaching practice for several months so that I could eat, sleep, breathe and ponder grit 24 hours a day without distraction.  I retreated to a childhood friend’s oceanfront home in Florida where I printed out over a thousand pages of research studies, articles, Evernote outlines and more, and put them in piles organized by topic and potential chapter focus.  I marched on the beach by myself for hours, thinking about how to make my book cutting-edge, memorable, helpful and complementary to Angela’s research.  I booked massages where I made the masseuse turn off her Muzak and listen instead to audio books that pertained to talent, success and drive so that I could made the best of every minute available to me.

At night I’d trudge up the stairs to my friend’s kitchen where I’d hash out my embryonic terms like “selfie grit,” “stupid grit,” and “faux grit,” as well as an all-encompassing definition for the type of grit I wanted to help other people understand, learn to cultivate and spread throughout their families, schools, communities, businesses and the world: authentic grit.  Like rocks getting smoother in rock tumblers, these actions all helped me to create unique, sparkly ideas that resonated deep within, and that I knew were different from anything else I’d ever heard or read about resilience, grit or success.

When I left Florida, I knew I had a winner of a book on my hands, replete with my new phrases describing good and bad grit that people loved the moment they heard them.  I reopened my coaching practice and continued to work on my book during every spare second available to me, which meant that I was working nights, early mornings and weekends in odd spots like bargain-priced hotels while also tending to my wonderful coaching clients, whose feedback about my book helped me know I was on the right track.

Which leads me to sitting in the EVEN Hotel, accepting a basket of chocolates from some twenty-something front desk clerks who’d chatted me up as they saw me going in and out of the gym, restaurant and nearby shopping center, dragging my computer bag behind me, often lost in solitary thought.  When they heard what I was working on, they’d eagerly shared their own stories of seeing Millennial friends giving up too easily in the working world, laughing about the easy trophies they’d won throughout their lives, and commenting on the collapse of standards all around them.  They believed in what I was writing and this was their way of supporting me, as trivial as it might be to anyone else.

That sweet interaction ended up being the dividing line between not being sure anyone would ever read my self-published book and experiencing an Easter Miracle of being picked up and given new life by a publisher – Sounds True – just weeks later.  The full story of how the book no one wanted, and that is about to hit bookstores in a few weeks, is one worth hearing because it taught me much about myself and others, and may make many of you think and act differently in the months and years to come.

Next Week: Angela Duckworth Did What?

“Getting Grit: The Evidence-Based Approach to Cultivating Passion, Persistence and Purpose” will be published on June 1, 2017 by Sounds True, and has already been named “[O]ne of the ten books that will change your life in 2017” by Live Happy Magazine.  To get a free download of the introduction and first chapter of “Getting Grit,” and to pre-order the book, click here.