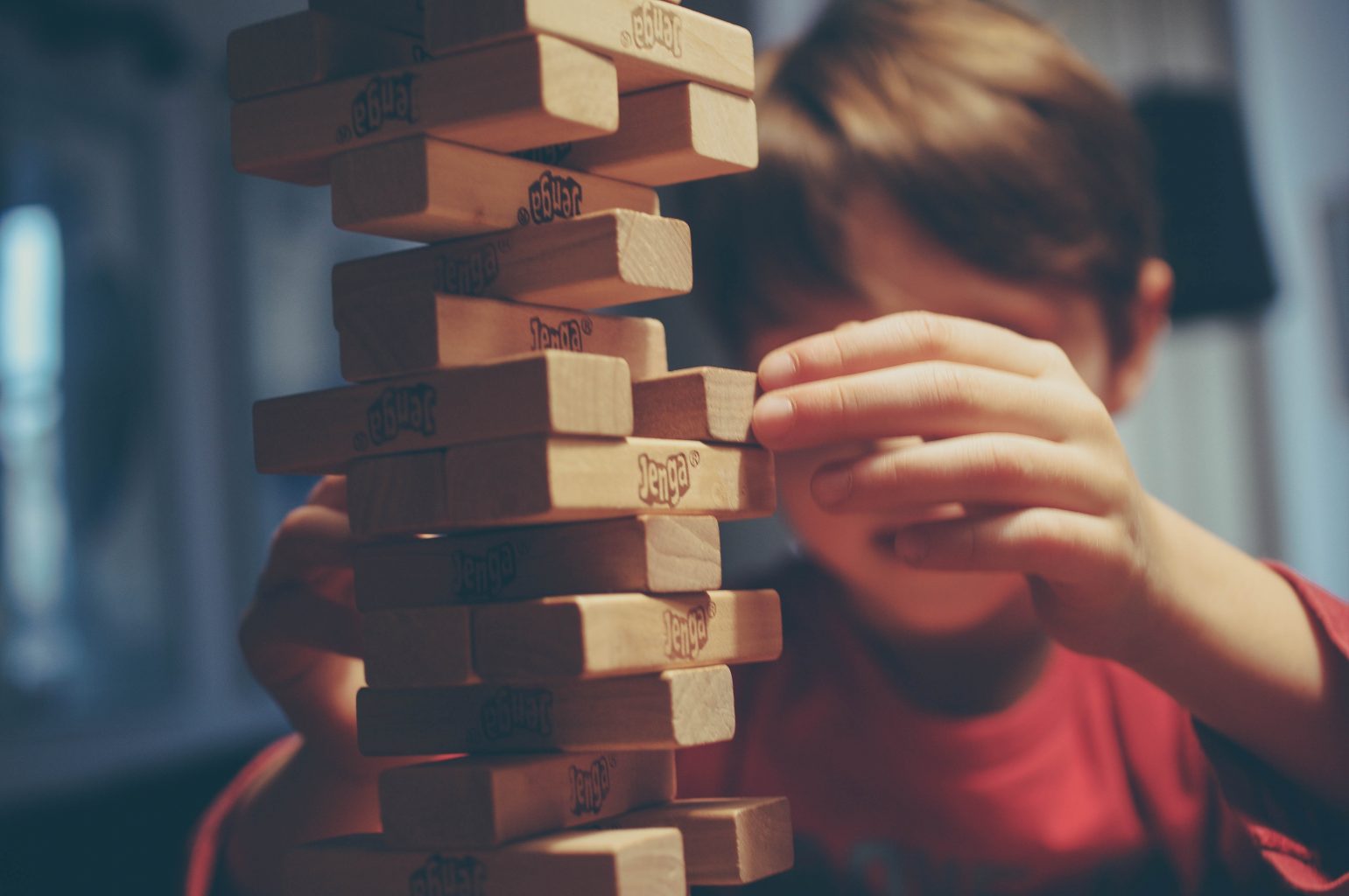 When positive-psychology expert and author Caroline Adams Miller began parenting in the late 1980s and early 1990s, it was the height of the self-esteem movement and what Miller dubs the “everyone’s a winner era.” She noticed that many of her children’s peers attended the kinds of ceremonies where everyone got a medal. Their schools inflated grades or threw them out the window altogether. Parents lowered expectations and went to great lengths to make children feel special, boosting mediocrity in the process. Miller describes this age group (who are now millennials) as the “bubble-wrapped generation.” Why weren’t these children learning about persistence, patience, and diligence?

As a long-time performance and goal-setting coach, Miller believes students need less coddling and more tools to surmount future obstacles in their own lives. In her book Getting Grit: The Evidence-Based Approach to Cultivating Passion, Perseverance, and Purpose, released this year, Miller discusses the importance of the education buzzword “grit” (defined as passion and perseverance in achieving long-term goals and popularized by psychologist Angela Duckworth) as the answer for what her children’s generation—and others to follow—need.

Duckworth has become well-known in recent years for her research correlating high levels of grit with success in life. And Miller—who studied at the University of Pennsylvania in the early 2000s when Duckworth was there earning her doctorate—was one of the first to champion her findings. Miller has applied them for years in her own work to help executives use goal-setting theories to overcome obstacles.

Miller shares her personal journey with grit through stories of conquering an eating disorder and raising her children, and she presents a more practical guide—complete with self-assessment tools and exercises—for cultivating it. Although Miller works primarily with adults, she also speaks with schools and educators about the benefits of introducing grit at an early age. She advocates the importance of setting high classroom standards and presenting risk-taking opportunities. By doing so, teachers can help raise determined students capable of succeeding professionally and personally.

Education Week Commentary Intern Phoebe M. Brannock spoke to Miller by phone to talk about how schools can use positive psychology to instill grit in students and enrich their lives.

PB: You describe the next generation as the first in U.S. history predicted not to have the same standard of living as their parents. Which age group is this (millennials, elementary age children), and what can educators do to reverse this forecast?

CAM: I am talking about millennials—the primary group in the workforce. Young adults haven’t launched by the age of 30 in the way that previous generations did by the age of 25.

Teachers want kids to be resilient, to have a growth mindset. They are facing an uphill battle from some parents who say, “You can’t criticize my child.” There’s a school in New York that gives parents the opportunity to request a fake report card because kids’ feelings might get hurt if you give them the real feedback about their courses.

One of the first things teachers can do is assess their own grit level, because a teacher who has grit can create a contagious environment where that is the norm. You can also discuss the character strengths of gritty people. The turning points in history are marked by figures who have what I call “Mount Rushmore grit.” Those are the Martin Luther King Jrs.—people who had a passion and a calling for something that was so important to them that it didn’t matter what got thrown at them. Because of that, they changed the course of history.

How can students use their strengths in productive ways to pursue the things that are important to them? Build upon what’s there and positive? Teaching unsolvable problems gets kids to think outside of the box because they’re so used to getting the answer right. There isn’t a creative grasp of what happens if there is no right answer.

To accomplish a goal, you write that we need intrinsic motivation. What sort of motivational tools can teachers use to excite students so that they’re learning for the sake of learning, not just for a test?

This is where being a teacher is particularly hard. You want to find out what makes your student tick. What are the things that [they] find most interesting and are drawn back to after school is over?

There are moments of inflection where one adult has said something that made all the difference in a child’s life. There’s a teacher who says, “I’m not going to give you this grade because I believe that you’re capable of more.”

Too many people have not learned persistence through the hardship of learning something before they’re passionate about it. That has left a lot of teachers in a position of needing to be the first person to say, “I see that you’re really interested in this, and if you persist, you can get to a different level, but it’s going to take hard work. It’s going to take delayed gratification.”

When I start working with clients in adulthood, I ask them the “so what?” question. When I ask them about their goals, I’ll say, “If you accomplish that goal, what changes in your life that makes you better?” If we don’t start asking that question early, you get into adulthood without the ability to know what the difference is between your goal and someone else assigning you a goal.

Psychologist Angela Duckworth says grit is different from conscientiousness because grit is the “emotional fire” that pushes people to achieve. Could you elaborate on the qualities of “gritty” people versus those who are merely conscientious? Can adults instill these qualities in students at a young age? What is the school’s role in this?

I finished writing my book as psychologist Marcus Crede’s criticism arose of grit being “old wine in a new bottle.” I disagree because I know a lot of conscientious people—I’m one of them. I was not gritty though; I was conscientious in the name of getting good grades. That’s checking off the boxes. The variable in grit is passion.

Conscientiousness is a head strength; it’s about the ability to persevere and do what’s expected of you. Conscientiousness is just not enough to hang in there through hard times. You cannot be gritty without intrinsic motivation. After I spoke about grit at a middle school in Texas, school leaders formed a grit committee to answer: How do we cultivate this quality in the student body where the norm is affluence?

The school created something called the “Stall Street Journal.” In every bathroom stall, they put stories of adults all over the school: … stories of overcoming that students wouldn’t have otherwise encountered. You can start to believe, in this era of Instagram and Facebook, that failure doesn’t occur.

Critics say that focusing on grit in schools ignores the challenges that children living in poverty face. Some have argued that these students must take on more household responsibilities and that the adoption of additional roles at a young age is an expression of grit. Additionally, living in high-stress situations might affect a child’s ability to be gritty. What is your response to that?

They’re absolutely right. Those are students who are defying the odds to just show up at school. When you grow up in these high-stress environments with poverty and drug abuse and domestic abuse, students are already struggling.

In situations like that, you might want to focus on, instead, how to be mindful and savor the present. There is research on what happens when you do kindness meditation and teach people how to self-regulate and not have impulsive reactions to things, which you see when you come from stressful environments.

I don’t think teaching grit is the panacea. These are students who often have the ingredients of grit already, but they don’t understand that what they’re overcoming could be a potential muscle that they could use to accomplish other things later in life. That’s a discussion worth having.

You mention a study in the field of positive psychology in which researchers found that happiness and emotional flourishing fuel grit, rather than the other way around. What is your take on the current push for social-emotional learning in schools?

I think that “social-emotional learning” is a catch-all phrase. The research on “The Benefits of Frequent Positive Affect” shows that success is always preceded by emotional flourishing. You don’t become happy because you succeed; you succeed because you’re in your best possible emotional state. If social-emotional learning means that you are getting to the basics of the interventions that pump up your feelings of well-being, I think that’s all great. It has to be part of the dialogue, though, that flourishing can and should be used toward pursing the right goals.

Social-emotional learning in and of itself is fine, but if you want to connect grit, you have to go from the flourishing to the science of goal-setting to the hardest of goals, which is what seems to bring self-esteem. That’s what leads to having the ability to create a resilient mindset and to change the channel when you want to be a quitter. That’s when you have to go back to the discussion of grit.

The interview has been edited for length and clarity.  To read the interview online, click here.

Previous Post9 Ways to Stop, Savor, and Smell the Roses (& How Doing So Can Boost Your Wellbeing!)Next PostThrow out what you know about ‘SMART’ Goals… The Most Effective Goals Have These 8 Things in Common
authentic gritCaroline Adams Millereducationgetting gritgrithumility