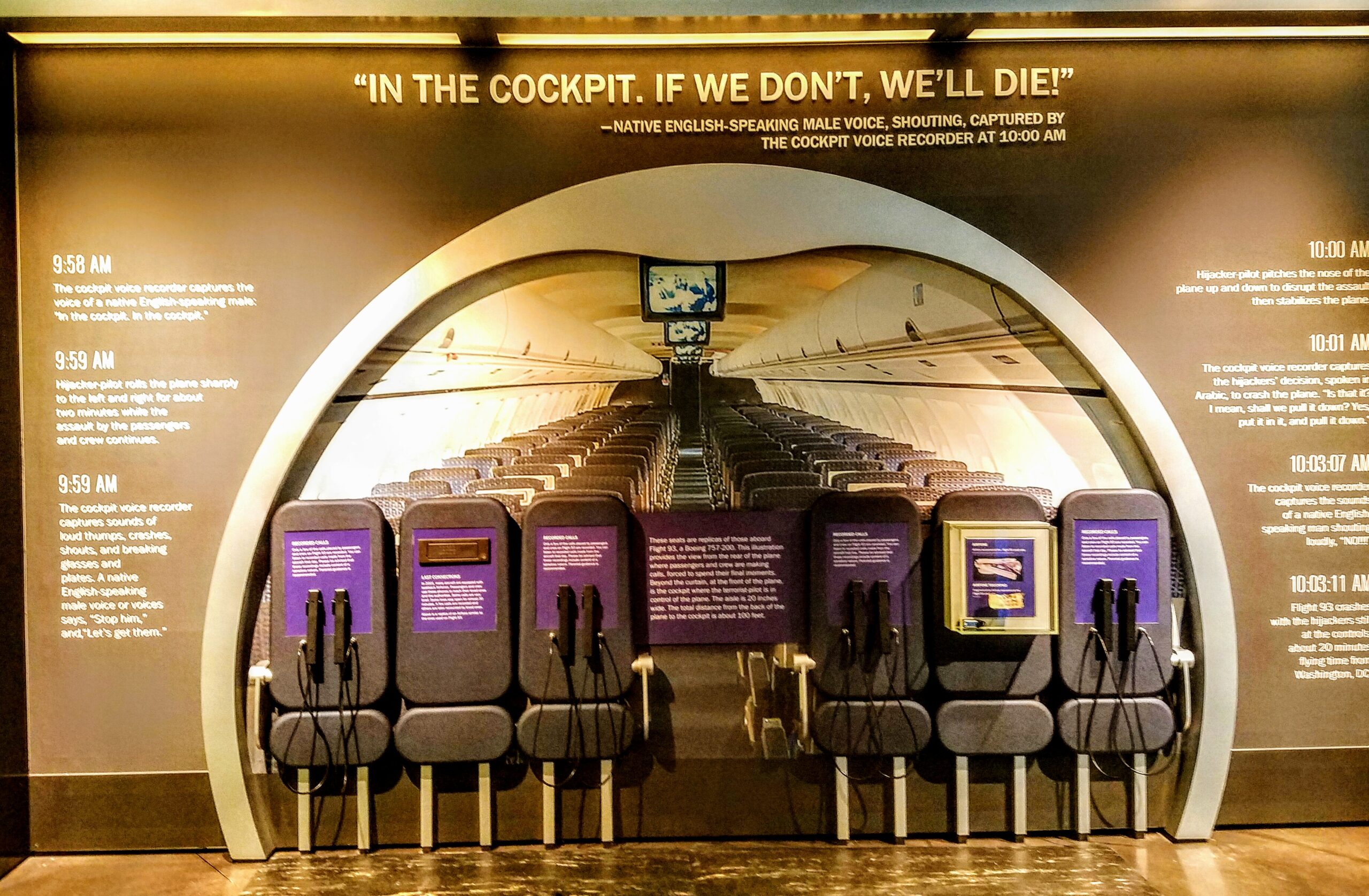 For several years, I drove past the signs directing me to the Flight 93 Memorial in Shanksville, PA, the site where one of the doomed airliners was driven into a barren field by passengers who knew that the fate of the United States government possibly lay in their hands. Hurried calls on the morning of September 11, 2001 from some of the passengers on UA93 to loved ones had alerted them to the fact that they were part of a terrorist plot to wreak havoc and hatred on the United States, and that their flight was headed towards the U.S. Capitol to kill as many people as possible and hopefully take down our country’s political infrastructure.

Led by a former rugby player, Todd Beamer, several men stormed the cockpit in an effort to foil the terrorists and reduce their hoped-for carnage. This noble gesture sealed the fate of the 40 passengers, seven crew members, and four terrorists, all of whose lives ended on what is now called “a field of honor.”

After visiting my son at college during his senior year, I decided that I wasn’t going to drive past the signs any longer; I was going to take the 30-minute detour to see what has been called the “least visited” national park in the U.S. and pay my respects. I’m forever grateful that my legendary impatience was quelled by a desire to do the right thing that day, because my time at the memorial didn’t just reinforce the best learnings from my field of positive psychology, it awed me in a way that left fingerprints on my soul and made me want to be a better person.

Walking into the somber memorial took me back in time to that perfect late summer morning when I recalled that the skies were cerulean blue and the air was faintly crisp with a hint of fall. I had just settled into my home office to work when the television barked the confusing news about the World Trade Center. Minutes later, my sister-in-law burst into the house in tears with her baby, uncertain of whether or not her mother, a United Airlines flight attendant, had been on one of the hijacked planes. Together, we endured the ghastly reports that went on for hours, grateful for each other’s company as the impossible became devastating and real.

Now, walking through the gray Shanksville edifice, I watched the news accounts again on the numerous screens mounted around me. And like everyone else there that day, I fell silent.

In fact, during my entire time at the memorial, the only sound I heard other than the television reports was soft crying and sniffling. It was impossible to relive the horror of that day and speak, too, so we all moved quietly and alone, pausing only to gaze at a display or wipe away tears.

As I wound through the cavernous building devoted to the patriots on UA93, I saw ahead of me a massive recreation of the plane’s interior. It looked like every other flight I’ve ever taken. The occupant of each seat was identified so you could imagine where the various men and women were sitting as they became aware of their impending fate. At the base of this exhibit are mounted telephones, with signs cautioning visitors about what they will hear if they choose to lift the receivers and listen. You must be emotionally prepared to experience the messages, they warn.

I stared at the signs and the phones for a long time, wondering if I could cope with the emotions I knew I’d feel if I chose to hear the voices that had been carefully selected for this exhibit. They were the last words that several of the passengers had left for their loved ones, knowing that it would be their final goodbyes. I decided to pick up the phones. I’m glad I did.

The men and women on the recordings all shared that they were probably about to die. One woman left her safe’s combination and instructions for her sister on where to find her will. Another told her husband that she loved him and their children, and was sorry she had to leave that message on voicemail instead of telling all of them directly. Others shared similar heartfelt sentiments and regrets. And all had the words “I love you” embedded in their farewells.

I don’t remember everything I saw at the Flight 93 Memorial that day, but I do know that hearing those voices changed me in a fundamental way. Instead of simply intellectually knowing the research I’d learned from the professors at the University of Pennsylvania in my Master’s of Applied Positive Psychology Program ten years earlier, I felt their full import in my heart and soul as I heard strangers’ last words to loved ones. Positive Psychology, Dr. Christopher Peterson, had frequently reminded us, could be boiled down to, “Other people matter.” Those recordings were the first time that that phrase had meant more than a superficial awareness of love.

I haven’t been the same since I went to Shanksville. I can’t get the windswept, pockmarked plain that is considered hallowed ground – that only the passengers’ relatives are allowed to roam – out of my mind. I hear the victims’ last messages in my head, wondering if I would be able to summon up the same dignity and resolve in such a horrific situation. I give the word “awe” more weight because it is the only word that matches the huge emotions that filled me as I relived that day in the memorial, and thought of the sacrifice that the UA93 passengers had made so that more people wouldn’t perish.

Most of all, I am convicted that if I knew I only had minutes to live, I wouldn’t worry about booking another speech, selling another book, going on an exciting trip or buying a beach house. I wouldn’t worry about wrinkles in my face, the cost of a new furnace or if my taxes were going up. The only thing that would matter to me would be telling those closest to me that I loved them.

So if you are looking for a way to honor the thousands of souls who perished as a result of 9/11, think about who you would call if you knew you only had 90 seconds to live and what you would want them to hear from you in your final moments. What would you share with your brother? Your grandmother? Your children? Your mother? Your best friend? Are those things you have said to them recently? Or ever?

Other people matter. A few hours in the middle of a remote countryside paying homage to several dozen men and women who were in the wrong place at an awful time turned my intellectual knowledge into wisdom, and made me a better person. Although I can’t thank those heroes personally, I can pay the lesson forward and so can you.