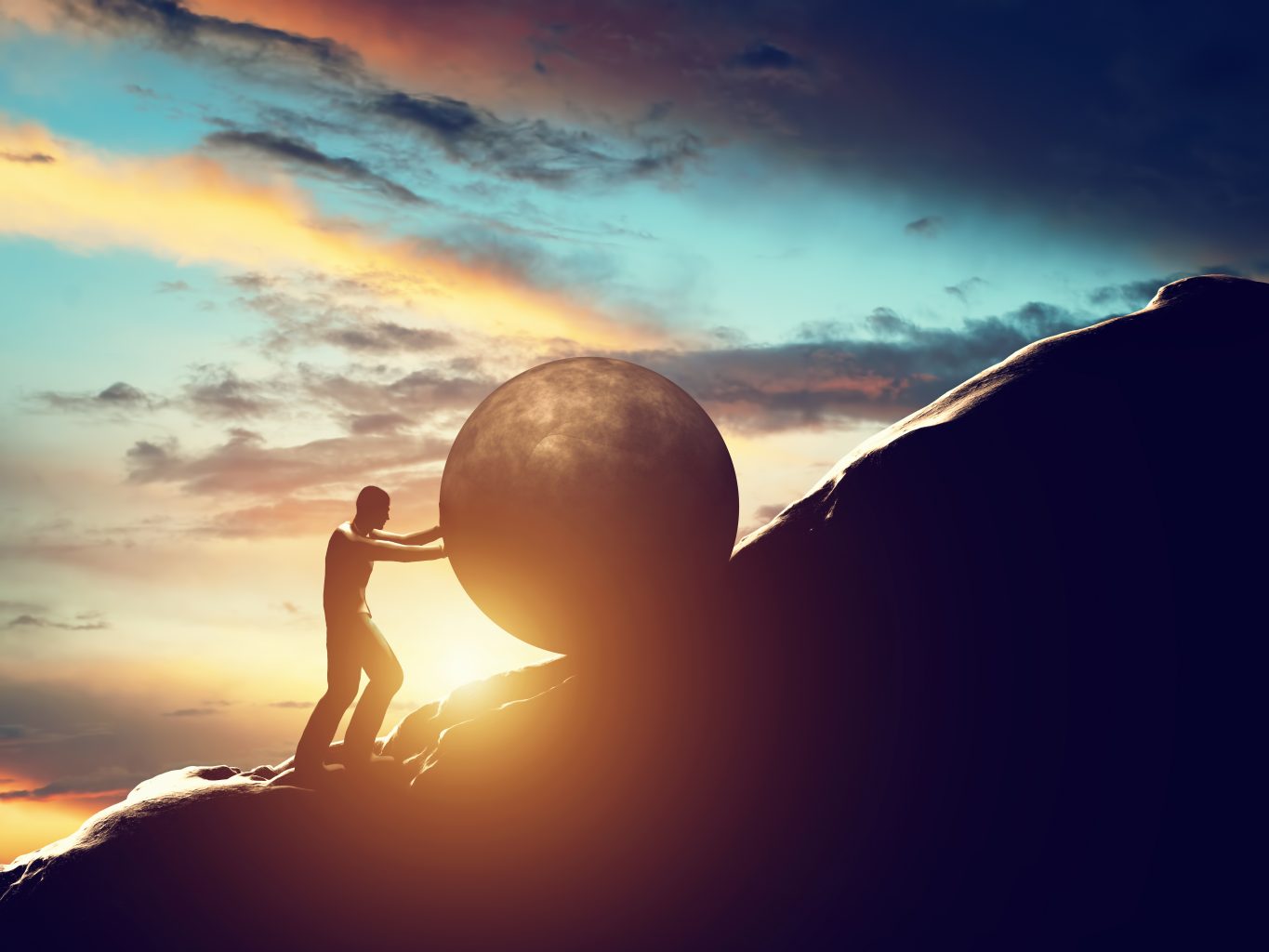 As Caroline Miller, the author of the book, Getting Grit: The Evidence-Based Approach to Cultivating Passion, Perseverance, and Purpose, puts it, “These if-then conditions make it more likely you will follow through on your goals because you have made an agreement with yourself ahead of time.” – see Tip #15

You’re an unrivaled master of to-do lists. You’ve started waking up at the crack of dawn. You’ve even tried the “Pomodoro Method” (wherein you work for 25 minutes straight, break for 5 or 10 minutes, rinse, and repeat). Still, despite your efforts, you can’t seem to get anything done. No matter what you do, procrastination continues to rear its ugly head.

Well, you’re not alone. According to Psychology Today, 20 percent of adults suffer from chronic procrastinating. Chances are, you’re probably procrastinating while reading this at work. Aren’t you sick to death of putting things off to tomorrow that you could just as easily do today?

Of course you are. And we’ve got you covered. We’ve spoken to some of the brightest minds in productivity to compile the 15 best things you can be doing to stop procrastinating immediately. And once you’ve finally checked off everything on that monstrous to-do list, consider the greatest productivity hack of them all: working from home.

1 – Stop Focusing on the Failure

Instead of focusing on the negative feelings attached to putting the task off, focus your mind on the wonderfully positive feeling you’ll have when you complete the task. As Koenig explains, “This psychological dynamic is called ‘leapfrogging,’ that is, skipping over the ‘bad’ feeling and immersing yourself in the ‘good’ feeling.” And if you want to double your productivity in a single day, take this advice from America’s fittest CEO.

2 – Break Down Big Tasks Into Smaller Ones

“Make an outline of what needs to be done. Break each job down into little pieces,” says Jacqueline Lewis, founder of the crowdmap World Gratitude Map. “Commit to just one step. Then the next. If it’s possible to do the steps out of order, do the pieces that are easier.”

Committing yourself to a task doesn’t have to be tedious. According to Lewis, the timer method can be useful in this regard: “Set your alarm for five minutes at a time. Anyone can do anything for five minutes.” And if you’re procrastinating because you hate your work, that’s one of the 20 Red Flags That Scream “You’re in the Wrong Job!”

Being too invested in any activity can be stressful and it can lead us to develop a false sense that whatever you are working on is life-or-death. Problems and obstacles are perceived as huge and it gets difficult to come up with solutions for them. The more important a task seems, the harder it is to get to work on. Lewis suggests asking yourself questions like “Are you being overly ambitious?” “Is there some version of the task that is doable with existing time and resources?” when you feel yourself putting something off one day after another.

“Communicating to your team can release the roadblock by bringing you the tools you need,” says Lewis. “Maybe you are in over your head. Have you been given a task that you are just not qualified to do? Or are you qualified, but the time and resources aren’t available to do it sufficiently?”

“Address the underlying anxiety,” says Lewis. “If you are generally an anxious person, do something that’s proven relaxing in the past. Go for a run. Take a hike. Get a massage. Meditate. Find a quite place to work. Once you understand your reluctance, bring your opposition out into the open. Maybe you’re right, the task is duplicative or you’re not the right person to do it. Clarity around why you’re procrastinating can untangle the knot.”

Deborah Sweeney, CEO of online legal business MyCorporation.com says a common problem is that people put too many things on their list of things to get done. A long to-do list can be a source of anxiety and it can be the reason why you feel you are not making any progress.

“Put two to three items at the top that you need to get done that day and then the others can be ‘as time permits,’” Sweeney suggests.

She adds that you should sort your to-do list by priority and fully focus on finishing those first tasks. By putting all your efforts into one single activity you will progressively move forward towards the overall goal. And for more great career advice, here are 15 Cold Open Business Emails That Set You Apart.

Making appointments and blocking time in your schedule is a valuable way to be adequately organized. Time-block correctly and you will accomplish many things—but over-block your time and you’ll find yourself continually procrastinating.

Don’t block your time too far in the future, because it’s too uncertain.
Use time-blocking very selectively—only for very important things, and only once in a while.
Don’t make your time-blocks too long.

“This seems like a no-brainer but I’m always surprised at how uncommon it is,” says Thomas. “Close your email client, shut off any Twitter, Facebook, LinkedIn notifications, silence your ringer and shut off the television. If you need noise, play instrumental or classical music. Song lyrics tend to send our brain off in distracting directions, as does the tendency to sing along.”

All these should be considered “obstacles to productivity”, as Joel Minden, a clinical psychologist from the Chico Center for Cognitive Behavior Therapy points out. He says that “If you don’t change your work environment, it’s much easier to give into the belief that ‘I’m just a procrastinator.’”

He urges that you set yourself up for success by cutting out distractions, which will ensure “that you’re not destined for a life of procrastination.” For help cutting down on distractions, learn the 11 best ways to curb your smartphone addiction.

“[Writing on paper] helps to eliminate mental clutter and uncover those intellectual gems you know are in there somewhere,” says Thomas. “Our brains are much better at creative, strategic thinking and problem solving than they are at remembering details, and if we clear our mind of the minutiae (mental clutter), the ‘good stuff’ often appears.” If getting rid of your computer isn’t feasible, at least try a new desktop background.

There are certain times during your day where you might feel more confident or willing to tackle particular issues. Shawna Clark, owner of Clark Executive Coaching, a leadership development firm, recommends that you “schedule your challenging tasks during the time of the day when you have the most brainpower and energy.”

On a similar note, Dr. Minden suggests that you “set aside a ‘productivity hour’ to address the projects you like the least but have to address. Do this when you have the most energy to devote to what you’re doing.”

You can start paying attention to which moments of your day seem to be the best ones for you and then, assign these “unattractive” activities to those moments.

Nobody knows our limitations, shortcomings, and obstacles as much as we do, and in many occasions we don’t receive the recognition we think we deserve for the things that we have done. This is the reason why Judy Woodward Bates, an author and TV personality who writes about money management on her website Bargainomics, says: “Rewarding yourself works. When I reach a goal, I reward myself.”

In the end, you are the only one who knows how much work and effort it took to get where you are right now and this is the reason why celebrating what you’ve accomplished is important to keep you motivated to deal with new situations coming your way.

11 – Use the Pomodoro Technique

You can formalize this system of rewards by using the workflow management practice known as the “pomodoro technique,” in which you focus on the task at hand by giving yourself small time rewards after a certain milestone is achieved.

Trent Silver, the CEO of Nerdster.com and a marketing expert, explained how he incorporates this technique to his work routine: “I try to design my goals to take roughly 45 minutes to accomplish. I work diligently to complete these goals, then I reward myself with about 15–20 minutes of free time to enjoy and prepare for the next goal.”

America’s fittest CEO is also a believer in this approach.

“Set a timer on your phone for 15, 20, or 30 minutes (whatever works for you) and commit to doing only the task at hand,” says Kim Peterson, founder and CEO of CommonSenseHealth.org. She calls this game “Beat the timer!” creating a challenge to yourself to beat the clock in order to win free minutes to spend however you like.

She points to the benefits of this game by saying, “Yes, it sounds simple and maybe a little childish, but if you’ve ever gotten sucked into mindless Internet surfing (and who hasn’t) your timer has the potential to become your best friend.”

Think about how you’ll feel when you’re done. According to Peterson, you should stop procrastinating by asking yourself questions like: “Once your project is complete, what does it look like? What results have been achieved? How has that impacted your life? What other areas of your life have been impacted as a result of completing this project?”

Consider the weight-loss example. “If you lose 25 or 50 pounds, not only will you feel better, but you will have more energy; your self esteem will soar and you will be looked upon as an inspiration for family and co workers,” she adds. Ain’t that a pretty picture to hang over our mind-wall? Now, halt the procrastination, and get out there and burn those pounds off.

Robin Salter, Chief Marketing Officer of equipment rental marketplace Kwipped suggests you “take the task at hand and break it into small contests or challenges for oneself and set some time limits on the challenge.”

By adding a challenge to your regular activities you can create an artificial incentive for yourself to increase your productivity. Nevertheless, as Salter points out, “Quality of work comes first. It really doesn’t matter if the timeframes are met, they are just goals to shoot for in order to stay focused and interested.”

The “implementation intentions” technique was proposed by Peter Gollwitzer, a psychologist from the New York University, and it basically requires that the person creates a certain “trigger” to keep himself focused on the next task. These triggers are if-then conditions that create a stimulus that appears to be useful to avoid procrastination.

As Caroline Miller, the author of the book, Getting Grit: The Evidence-Based Approach to Cultivating Passion, Perseverance, and Purpose, puts it, “These if-then conditions make it more likely you will follow through on your goals because you have made an agreement with yourself ahead of time.”

By avoiding “Will I or won’t I? ideas,” as Miller calls them, you can program your mind to keep itself focused on what’s coming.