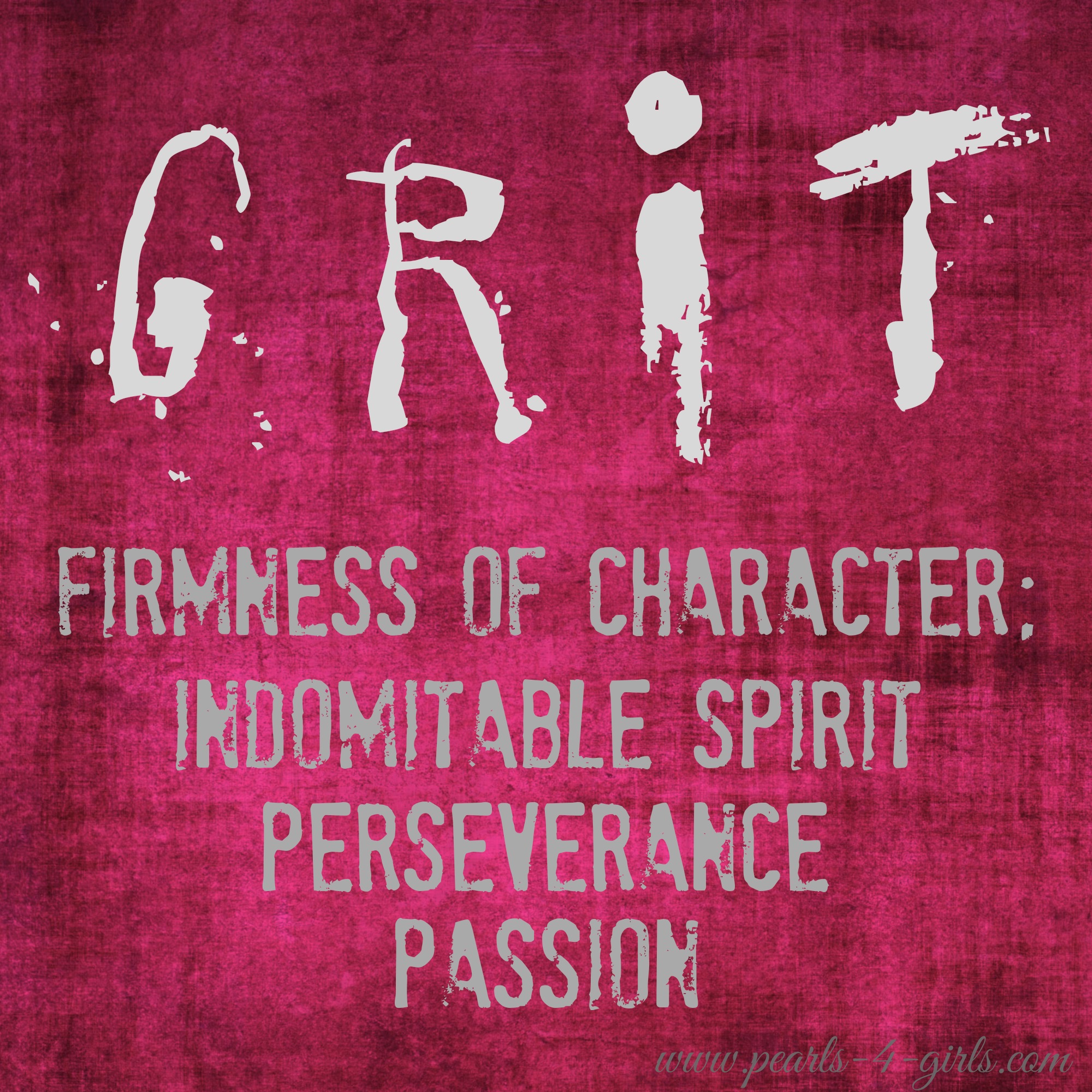 How the word of the year has been incorrectly co-opted

Wherever you look, it’s there.  “Grit” is the showcased word in this year’s commencement

speeches, sports pages, and any internet viral stories of overcoming any variety of ills.  There are gritty scholars, gritty pole vaulters and gritty entrepreneurs.  These are the same folks who used to have “heart,” but now they have “grit,” which has come to mean any type of resilience or bouncing back from adversity.

The overuse of the word, and the misinterpretation of what it really means, has now begun to cheapen the extraordinarily rare quality it represents.  And like any currency that has flooded the market and become devalued, too many complimentary references around grit have detracted from what it really connotes.

Before we take a look at grit and what it is and isn’t, I have a personal story to share that demonstrates why grit trumps lots of other qualities when it comes to getting what you want:

When my oldest son was looking for a job as college was nearing an end, he began to send out resumes and make calls to accounting firms where he could put his college degree to good use.  He did this amidst a sea of depressing headlines and media stories about how his generation was mostly unable to land jobs, let alone move away from home.  Throw in some stories about how his peers are more saddled with college debt than previous generations and you have a bleak picture.

He found something very different, though, when he got out there.  Although my son had often paid more attention to swimming than academics during his college career, many of the top accounting firms wanted to interview him.  And once he got into those offices, the interviews quickly focused on the massive amount of time he’d spent honing his strokes and times in the pool over 14 grueling years – not just his grades.

As he recounted to us later, the hours of questions centered around several things: the number of years he’d swum competitively at an elite level, the fact that he’d changed colleges yet been elected captain for his spirit and leadership, and the extraordinary amount of pre-dawn and afternoon workouts he’d logged during years when his friends were having fun and sleeping.  It wasn’t hard to see that these firms, many of which offered him high-paying jobs, were looking for looking for signs of diligence, hard work, motivation and competitiveness more than the perfect GPA.  They didn’t want whiners, quitters and kids who would groan if they had a late night in the office.  It was an eye-opener, as well as a relief.

Angela Duckworth, who won a MacArthur Genius Grant for her work on identifying, quantifying and educating others about grit, describes this particular quality as “passion and perseverance in the pursuit of long-term goals.”  Her work on grit is so popular that her TED talk about it is ranked as one of their all-time hits, and is approaching 5 million views.   (If you want to learn your own grit score, click here.)

Your grit score – 5 is perfect – is now the leading predictor of who drops out at West Point, who finals in the National Spelling Bee, and even who is most likely to stick out the two years required of students who are selected for “Teach for America.”  Angela believes that grit is contagious, which she describes in a podcast interview I did with her a few years ago.)

What is grit in real time?  Grit is a janitor who studies for twelve years at Columbia University after mopping floors and cleaning toilets, only to graduate with honors at the age of 52.  Grit is the recovering alcoholic who sidesteps multiple potential opportunities to relapse but reaches several decades of sobriety while helping others to do the same.

Grit is not necessarily the soccer player who gets through one game with a knee injury after years of being healthy.  Grit is not the kindergartener who got up every morning and went to school despite being tired.  Grit is not the woman who pushes out a 10-pound baby after hours of labor.  These are all examples of discomfort that have been overcome, but they aren’t grit because there isn’t a long history of overcoming setbacks in pursuit of cherished dreams and goals.

Let’s restore the word “grit” to its rightful place in the pantheon of adjectives that describe amazing feats.  Use it for the immigrant who manages to adapt to a new country and thrive in tough situations, like school.  Use it for Rick Hoyt, who pushes, drags and pulls his crippled son through hundreds of triathlons so that he can feel like he’s an athlete and not handicapped.  Use it for the one-legged wrestler, Anthony Robles, who won the NCAA Championships despite colleges refusing to recruit him.

Resilience is a necessary quality for grit, but it’s not always enough to hang in there for multiple years and lots of hardship.  So the next time you are tempted to call someone “gritty,” ask yourself if they meet the criteria described by Duckworth and the examples laid out above.  If they don’t, use other words – “tough,” “resilient,” “heart” or “impressive,” for example – and save “grit” for only the rare person who has gone the distance and lived to inspire all of us to try a little harder, too.

I’ll be speaking about grit at the TEDxGramercy event on September 27th in New York City, and as part of that I’m issuing an Authentic Grit Challenge to see if you can raise your score.  Please sign up here if you are interested.  I’m also gathering stories of gritty people, companies, and communities for my next book, “Authentic Grit.”  If you have a story to share, tweet me at @authenticgrit.

Previous PostWalk More, Give More & Look Into Other People’s EyesNext Post5 Ways to Make an Impact on the World Through Your Career
Caroline Adams MillergritresilienceTeam Hoyt